The History of Concrete 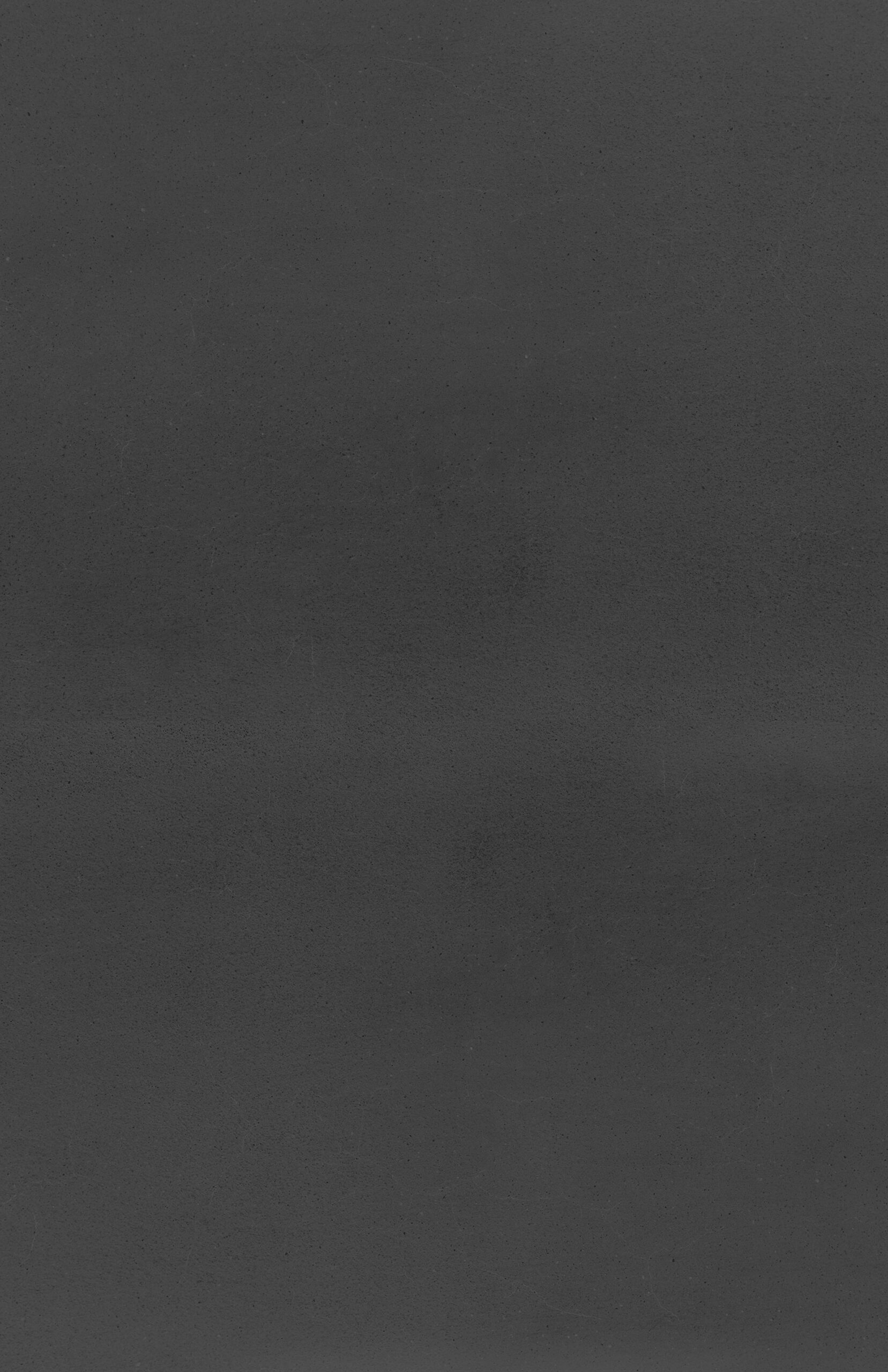 The History of Concrete

With its use in sturdy, modern constructions, you may not think of concrete as a historical building material. The substance comes with a rich past, though. Just because there weren’t cement trucks driving around during the days of ancient Rome doesn’t mean cultures back then couldn’t build with concrete. They had their own ways of adapting and using materials.

In learning about the history of concrete, we can develop an understanding of how we use it today. We’ve gathered some key years throughout history along with famous and historic concrete structures to give you a better understanding of the substance.

For these purposes, we’ll look at concrete as a mixture of large and small particles combined with a type of paste. The paste sets and holds the particles together, which can then be used as a building material. We’ll also bring up some similar materials, which do have overall differences. Throughout history, cultures have built with:

The above materials are in the same family, but concrete is the stronger substance. It’s been with us throughout time on countless building projects in an array of different forms. Read on to learn more about the history of concrete and how the material has changed over the years.

The Earliest Uses of Concrete 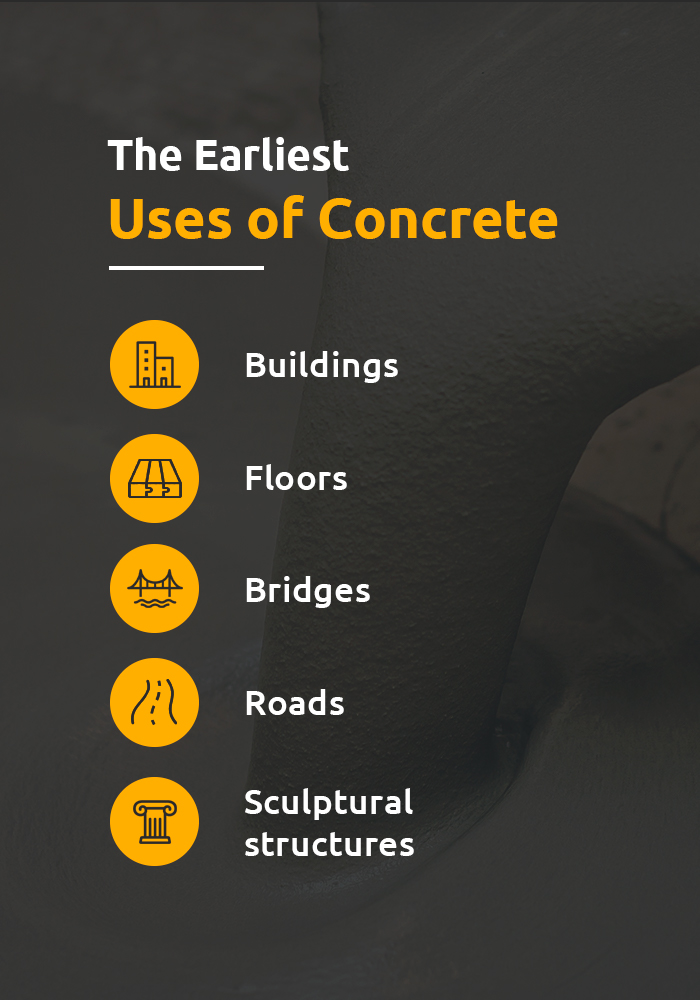 What we consider concrete today is somewhat different from the first uses of concrete. Still, similar materials had their importance throughout history. Among some of the purposes of these materials were creating:

Cultures across the globe have made these and other buildings with concrete and concrete-like substances. Because the material has changed over the years, it’s hard to say how long concrete has been around. Through a rough timeline, we know that it’s existed for thousands of years before the common era. Cultures have used concrete throughout the years:

Aspdin helped spur the use of cement and concrete in modern constructions. In his goal to create a better alternative to the Romans’ building material, he inspired competition to create even better versions of his Portland cement.

With the earliest uses of cement and concrete came an evolution of the products. We developed plenty of ways to change the substances to work better for us, affecting the history of concrete construction over time.

How Has Concrete Changed Over the Years?

Over the years, concrete turned into a more efficient material. We went from using natural substances that resembled cement to enhancing natural materials with man-made processes. As technology advanced, so did our methods of producing concrete and cement.

In the late 1800s, individuals in Germany, France and the U.S. were simultaneously developing steel-reinforced concrete. At the time, it was used for industrial builds, but it would go on to play a role in residential buildings and other structures.

The Portland cement that Joseph Aspdin created isn’t exactly the same as what we produce today. While Aspdin didn’t include specific ratios or temperatures for making his Portland cement, we know that he couldn’t have achieved the high temperatures we do today to heat substances.

Today, we have a standard formula for Portland cement. It was created back in 1917 by the American Society for Testing and Materials along with the National Bureau of Standards. The standard formula created a consistent quality no matter when or where someone made the substance.

Even before we developed a formula for Portland cement, builders were using concrete in projects all over the world once again. In the early 1900s, concrete regained public acceptance as a building material, with these types of structures going up:

After these and other buildings, ready-mix concrete was developed. In 1913, the material was delivered in Baltimore, Maryland. It helped make job sites more efficient since workers no longer had to mix concrete on-site. Instead, it arrived pre-mixed from a plant in early versions of what we consider cement trucks today.

Some decades later, we discovered that producing small air bubbles, known as air entrainment, improved concrete. After the introduction of air-entrainment substances to concrete in 1930, the building material was easier to work with and less prone to freezing. Now architects in colder climates could choose the material without worrying about cracks or breakage.

Around the same time, builders developed thin-shell concrete. Roofs, domes, arches and other similar structures were made of a thin shell of concrete. Because of the strong, rounded shapes of these structures, they did not require thick layers of the material. The lighter weight of thin-shell concrete makes the rest of the building safer from collapse since it doesn’t need to support a heavy material.

As we worked with concrete, we made it a stronger and more resistant building material. We discovered easier ways to make it, transport it and use it. Along with those discoveries, builders and architects constructed buildings in different styles. Brutalist, modern and other concrete structures include feats and artistic creations such as:

These buildings show off concrete’s versatility as a building material. As technology advanced, builders and architects were able to create curves, cut-outs and other eye-catching design elements out of concrete. The substance’s style flexibility allowed it to build churches, museums, housing and more, along with some historical concrete structures.

Famous Structures Made Possible Due to Concrete

We have concrete to thank for many historical and recognizable buildings. Whether they were built millennia ago or within this century, some concrete structures you’ve probably heard of include:

These modern and historical structures wouldn’t be possible if it weren’t for concrete. Their height, strength, size and more are a display of concrete’s abilities. The substance’s usefulness didn’t die out after the B.C. years, either. Today and far into the future, we’ll continue using concrete to construct innovative buildings, homes, apartments, hotels, sculptures and plenty more.

Get Concrete Equipment and Services With Dynamic Concrete Pumping